Farmer Perspective: Looking Back on 2019 and a Year Full of Lessons

It’s 2020 which means 2019 is done. Ignoring stored crop staying in condition in a winter that hadn’t come yet where I live by the time January rolled around. Two bins got hot already, and that was only January!

Anyway, 2019...a wet, difficult planting season full of decisions like whether to actually plant anything followed by a harvest that wasn’t easy. At least for us it wasn’t because harvest included an inordinate number of equipment breakdowns, including a combine fire to get things started.

Last winter I was at the 2019 National No-Tillage Conference in Indianapolis. Planting soybeans early was a hot topic. Early soybeans worked well for us in 2018, playing a part in a record whole farm bean yield on our land. A year later when I wanted to try to repeat that feat, 2019 said, “You’re planting one field of beans in May, and you’ll do all the rest the second week of June.” But planting soybeans early begs the question of when to plant corn.

Back to the no-till speakers: Some suspected that farmers could wait until soil temps hit about 60 degrees instead of 50 degrees to plant corn. The theory being warmer soil temps means more soil nutrients available, more active soil microbes and likely better overall planting conditions. Well, we were forced to wait this year, so in a way we put that theory to the test. Could we plant corn in late May and early June rather than at the end of April and still get a good crop.

For us, the answer was basically...yes. Our corn yields were within a few bushels of our five-year average. And some of our best yields came from the last fields planted June 1-3, slipping in before the June 5 insurance date with all our planned corn acres. There are some caveats here, though, that make 2019 exceptional.

It was still wet when we planted. Here in our part of Northwest Indiana, we never drowned in 2019. We just got regular rains of a tenth or two keeping us out of the fields. No flooding or ponding. But planting conditions weren’t ideal. I don’t recall planting one acre last year where if it was April 20 I would have parked the planter for another day or two so conditions could be optimal. The corn we planted June 1 and 2 was probably the worst planting job I’ve ever done, and I said those were some pretty good yields. Yeah, it was still 26 percent moisture in the middle of November, but it wasn’t getting any drier standing in the field.

So if I did such a bad job planting—and by bad job, I mean mainframe tires pushing mud, seed trenches left open and sidewalls smeared and compacted—then how did we end up with the equivalent of our long-term average yields?

It kept raining. Those poorly made furrows stayed soft because they stayed wet. We could still find open seed slots late in summer looking at the bottom of pollinated corn plants. If June had been warm and dry we would have been trying to push corn through slabs of concrete, and it surely would’ve been a complete disaster.

July did turn out hot and dry, particularly the early parts of July when corn is normally pollinating. Our corn wasn’t pollinating, though. Because we planted so late, pollination was late. The last of our corn was pollinating the first weekend in August.

The two fields planted June 3 were next door to a neighbor’s April-planted corn that went through all the weather of 2019. It had dried up badly in July. The June corn was pulling away from the regularly planted corn—those two fields missed making 200 by a few bushels. I couldn’t complain.

Do I want to do 2019 again? Not really. But I think the idea that soybeans can be planted earlier than we might normally think could be a big deal. And I think waiting to plant corn until the soil warms up just a little more could be a viable idea as well. And is that much really lost? If it’s warm and we have good soil moisture the corn will come up fast. When we go in mid-April it takes several days to appear. Maybe 2020 will be “normal” and we can try both without extreme stresses.

Leverage the power of a network 10,000 farms strong

If 2019 showed us anything it's that each year brings its own unique challenges. When you join Farmers Business Network℠, you'll gain access to the tools, resources and support you need to overcome adversity and maximize profit potential on your operation. Sign up for a free demo and find out how we're working together to put Farmers First®.

By Brian Scott
More posts by this author
Related posts 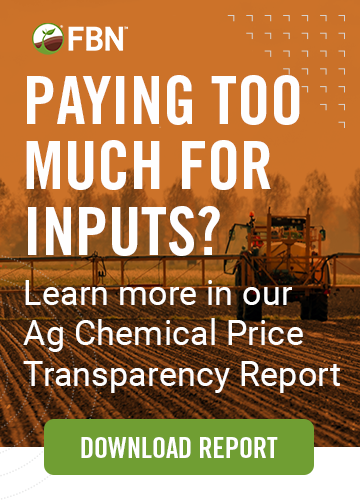 Our Promise to You in These Challenging Times

We All Have a Story. See How YouTube Is Helping Farmers Tell Theirs