How Can Stalk Rots Influence Your Harvest Schedule?

All corn producers know the problems related to stalk rots.

When corn stalk integrity is compromised, many issues emerge, such as:

These problems can be reduced if corn is treated with a fungicide at or after VT. However, extreme air temperatures (higher than 86 degrees and lower than 50 degrees) can favor disease development, even if fungicides are applied.

Knowing the Cause of Stalk Rots

There are several fungi that cause stalk rot:

Temperature, moisture stress, genetics and fertility are all factors that can influence stalk rot establishment. Rather than identifying which stalk rot fungi is present, knowing where it is present can be more important for making harvest management decisions.

As the corn crop begins to show signs of maturity, it is a good time to begin scouting for stalk rot presence. This scouting should be done on a weekly basis until harvest. Examine each field in several locations by pinching stalks 1 to 2 nodes from the ground on 10 consecutive plants. If the pinch causes the stalk to collapse, it likely has some sort of stalk rot. Take time to split the stalk open and examine the internal contents. If the pithy area of the stalk has shrunk or become discolored, stalk rot is evident.

Another method of determining stalk rot incidence is to push corn plants to approximately to a 45 degree angle from the upright position. Select several locations, using 10 to 20 consecutive plants. Plants that collapse from the pushing are probable stalk rot victims. If 10 percent to 15 percent of plants indicate stalk rot presence - from either scouting method - early harvest should be considered. Target fields of highest stalk rot incidence for the first to be harvested.

ALWAYS READ AND FOLLOW LABEL DIRECTIONS. It is a violation of federal and state/provincial law to use any crop chemical product other than in accordance with its label. The distribution, sale and use of an unregistered pesticide is a violation of federal and/or state law and is strictly prohibited. It is your responsibility to confirm prior to purchase and use that a product is labeled for your specific purposes, including, but not limited to, your target crop or pest or weed, and its compatibility with other products in a tank mix. 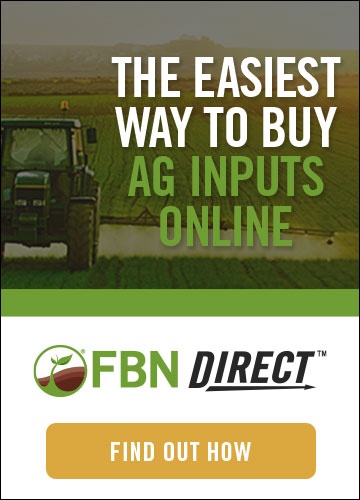