What's In The Bag: The Difference Between Seed Genetics and Traits, and Why It Matters

Since genetically modified, or GM, seed showed up on the market, farmers have been inundated with expensive advertising explaining how important trait packages could be to their operations. And it was easy to see the appeal—who wouldn’t want seed that could fend off corn borers, stand up to RoundUp® or survive a dose of Liberty®?!

Most seasoned row crop farmers, and a fair number of younger ones, can remember the first time they poured a bag of traited seed into the planter.

It was the dawn of a new era in production agriculture. (I should know—I had a front row seat as a member of the development team of the first Bt corn, and then led the marketing team for the first commercial sales of Bt.)

Suddenly, we didn’t just need to select the right hybrid genetics—we also had to be able to choose between a number of trait packages. Farmers began asking themselves: Do I really need the glyphosate tolerance? Or would management be enough? And should I proactively bulk up against insect pressure, or should I wait until we actually see some activity in the field? Was the trait I chose last year now the right trait for this year? Do I even need the trait or traits? Are they worth the price?

Because, with the bigger, better trait technology came higher seed prices. While traited seed has become the norm on many U.S. row crop farms today, many farmers are feeling the pressure of a down commodity market next to high prices for technology that they aren’t sure provides a true return. It pays to make sure you know what you’re purchasing before you open your wallet.

The first step in understanding seed is knowing the difference between genetics and traits, and why it matters.

Genetics create yield, but traits can protect it.

Genetics are the inherited characteristics of the seed—the things a hybrid or variety is bred to do at the DNA level. These characteristics can include maturity, emergence or standability. It is the genetics of the plant, and how those genetics react to the environment, that determine your ultimate yield potential. Any hybrid or variety is only as good as the genetic foundation on which it is built.

Input Traits, on the other hand, are added in to protect the yield potential that’s already there genetically. Many commercial corn and soybean seeds can be purchased to include insect and herbicide protection packages. They can prevent insect larvae from taking away from your harvest or can make it easier to spray over-the-top herbicides to guard against competition from weeds, but they won’t actually increase your base potential for yield.

Understanding the Balance Between Genetics and Input Traits

Traits don’t come cheap. It takes years of research and regulatory approvals for multinational technology companies to develop new traits that will be safe and successful for the market. So, it makes sense that as these become available in the bag, the prices of those bags has to be higher to recoup those development investments.

But, the most expensive traits don’t necessarily mean the best genetics.

Adding traits doesn’t always get the same results in all varieties, so many seed companies look for the best balance of adding traits to their genetic packages.

According to USDA-NASS, the combination of genetics and traits have helped growers in the U.S. increase their corn yields by an average of 1.8 bushels per acre per year since the 1930s, and the advent of input traits into the seed market definitely plays a role in that. But since traited seed didn’t become widely commercially available until the 1990s, it’s easy to see that the combination of genetic advancement and improved management have played a vital role in this increase.

Genetics and traits may ride together, but they have to be thought of as two different pieces of the production puzzle–genetics are the piece that create yield potential, traits are here to protect it. Now faced with challenging economics of low commodity prices and high traited corn prices, a farmer must decide which genetics and how to protect yield with traits or with other cultural practices brings the most profit. 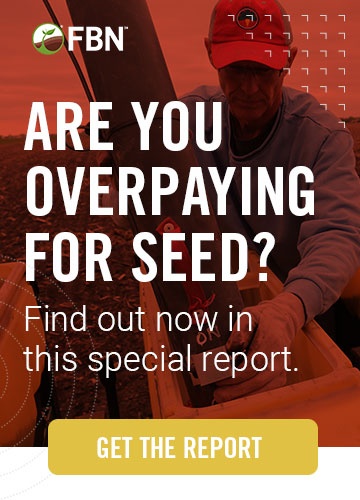